When I was a young teenager, one summer at the beach, there was a group of kids who hung out together. None of us were from the same town -- we had all just landed in the same family vacation spot during the same time period and we were around the same age. No deep lifelong friendships were formed -- it was just a summer at the beach. Couplings occurred, but they were casual -- you're here, I'm here, we'll probably never be cuter in our lives, so why not? -- sort of couplings. No hearts were given and no hearts were broken. It was just a summer.

One night, I had made plans to hang out with this one boy. Let's call him Bruce (because that was his name). I didn't love him. I didn't have a crush on him, even. It wasn't even a date, really -- just loose plans. He approached me that afternoon to cancel them. One of the other girls in our little group -- let's call her Cindy (because that was her name) had approached him and asked him if he wanted to hang out that night. "You're great", he said to me, "I mean, you're so great. But Cindy..." Cindy was, admittedly, out of his league cute. Bouncy blonde curls, chipmunk cheeks and wide blue eyes. She didn't look too shabby in a bikini, either. I liked her. We were friendly. But we had nothing in common. Girls like that lived in a different stratosphere than the one I was bumping around in. He had plans with me, but he had a shot at Cindy. It was a no-brainer.

More than three decades later, I still hear those words sometimes. "You're great. I mean, you're so great. But Cindy..."

So obvious that an ellipsis served as sufficient clarification.

I was passed over for a promotion at work yesterday. And my supervisor actually said to me, she said, "You're great. I mean, you're so great." The but and the ellipsis were unspoken, but evident to anyone with half a brain. You're great, but...

To add insult to injury, the person who is being brought in from the outside to make significantly more money than I do is being moved into my office space -- we will be officemates. I will breathe her air every day. I don't know her name yet, but I intend to call her Cindy. Her superiority to me is a no-brainer.

Do you think that will get my dishwasher fixed? Or put me in a car that isn't 12 years old with a dashboard that has more lights lit on it than the average Christmas tree? (Except at night, of course, when the dashboard lights don't work at all.) Do you think that will replace the furniture that my puppy chewed? My puppy who has grown up, grown old and died, by the way. Do you think that will get me out of this town for one damn night of vacation? Or fix the shower that we haven't been able to use for years? Will it put me in a winter coat that actually closes in the front? Will it put my kids through college?

So Sally O'Malley and I have something in common. And it's not (just) an amazing camel toe. No, I don't do the splits. And I don't do the kicks.  I wear neither a fabulous red workout outfit nor a spiffy bouffant hairdo. So that only leaves one thing.

Some people say that means I'm over the hill.  I say, "WooHoo! I hope they're right!" - because when you're over the hill - when you hit the downhill part - well - not only do things get easier, they get a lot more fun.

I could use this space to tell you about the vast amount of knowledge I've amassed during my fifty trips 'round the sun, but that would be pretentious and also imply that I've reached some pinnacle of awareness or something. I have not. As it was when I turned 20 - then 30 - then 40 - I continue to learn and grow and change almost daily. I don't have it all figured out yet. I hope I never do. Getting there is more than half the fun.  Life is a journey - or is life a highway? Or is it a box of chocolates? Or is it a rock? Oh wait, no, that's love. Anyway.

I have found that every decade brings new questions without necessarily revealing answers to the old ones. And that's ok. As Professor Farnsworth figured out, when you've discovered everything there is to discover, there's not much worth going on for. 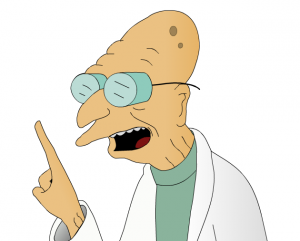 I'm ready to hit the next decade strong. 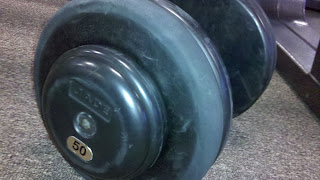 Because one lesson I HAVE learned is this: strong is better than hot. First one to make a hot flash comment, by  the way, gets a punch in the throat. And it won't be fun. I'm stronger than I look. And getting stronger every day.
Posted by mommakin at 3:12 AM 4 comments: